LSO Presto SDK is the complete set of deliverables developed by the MEF 3.0 Community in order to

The current release of LSO Presto SDK is R3 and is available on GitHub (see Latest Release section for details).

Any MEF member can participate in the development of each new release of LSO Presto SDK: 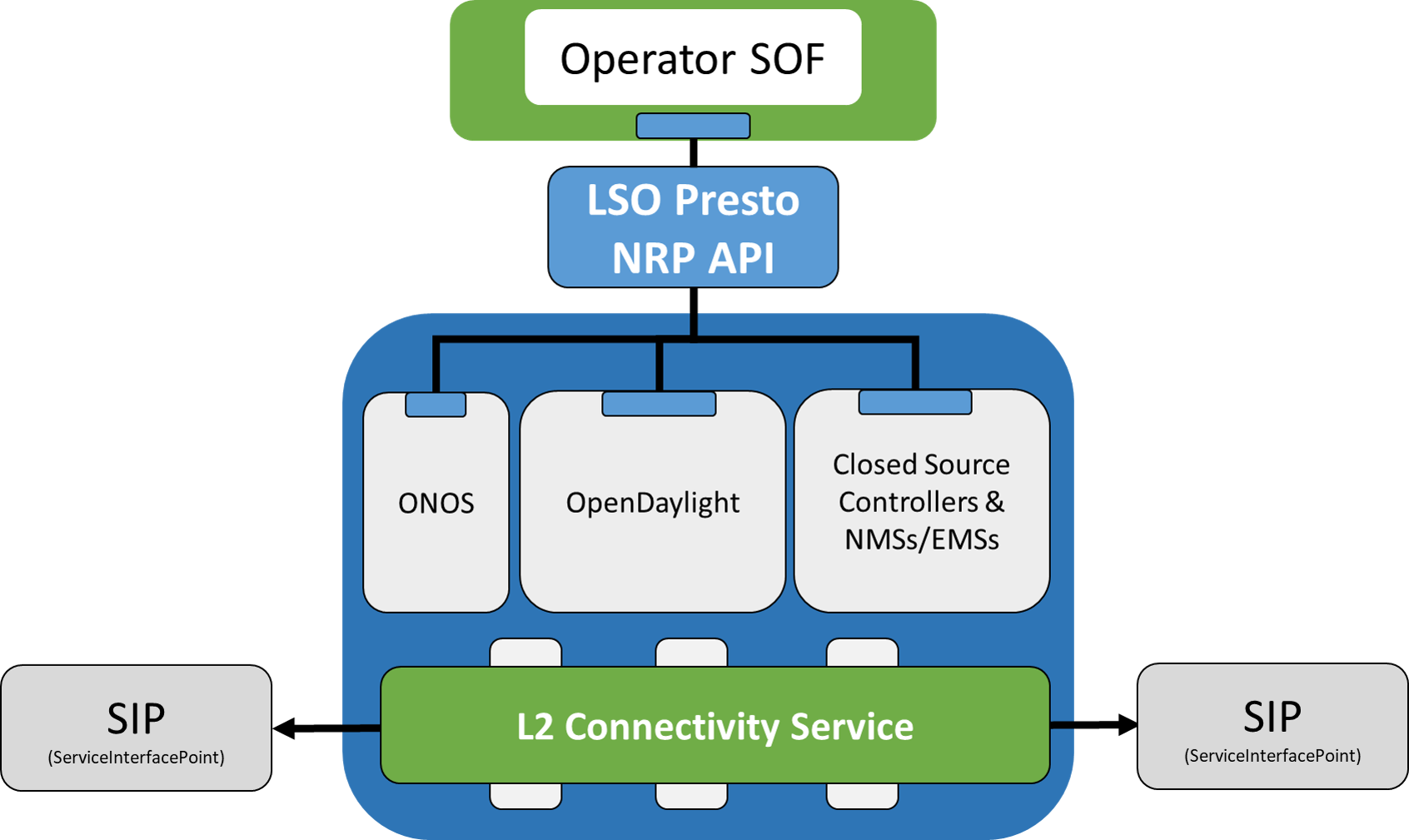 This release is a significant step towards utilizing programmable networks as part of our MEF 3.0 vision. The SDK builds on the previous release to align the API schemas and definitions for Network Resource Provisioning (NRP) to the LSO Presto NRP IPS which was recently published as MEF 60. In addition, its information model incorporates the latest ONF TAPI 2.0 release. The SDK’s data models are supported in a reference implementation of the OpenDaylight SDN Controller and will be part of the official Fluorine release. This reference implementation demonstrates how a northbound application can, in a technology-agnostic and vendor-agnostic manner, provision a point-to-point or point-to-multipoint network connectivity service between end points. Released Presto APIs are controller and underlay technology-agnostic thus enabling programmatic network orchestration via various SDN controllers as well as via proprietary NMS/EMS software.

The SDK contains the following items:

The MEF LSO Presto SDK is released under the Apache 2.0 license.

If you are a MEF Member, update your wiki profile with your GitHub account name. Access to the LSO Presto SDK Extensions repository is periodically updated with provided GitHub accounts. Additionally contact the LSO Developer Community Manager to request the immediate access.

Are you a core contributor to this LSO SDK but not mentioned here? Please let the LSO SDK Community Manager know and we will add you!