New Release Candidate 5 (RC5) is out!

RC5 was originally planned for May, then for June. The reason the delay until end of July was to ensure that RC5 contains important updates from R4 which include:

The first of a series of developer guides that explain the details of MEF API usage, process flows and the pattern resulting from the combining of the TMF-based envelope with Product Specifications. It comes with the update of POQ API Specification.

Please refer to the LSO Sonata SDK Release Candidate 5 (Production) to see more details of the coverage map and list of deliverables.

Please refer to LSO SDKs - Type of Release to see what a Release Candidate is in comparison to the Release.

The current release of LSO Sonata SDK is RC5 and is available on GitHub (see Latest Release section for details).

Any MEF member can participate in the development of each new release of LSO Sonata SDK: 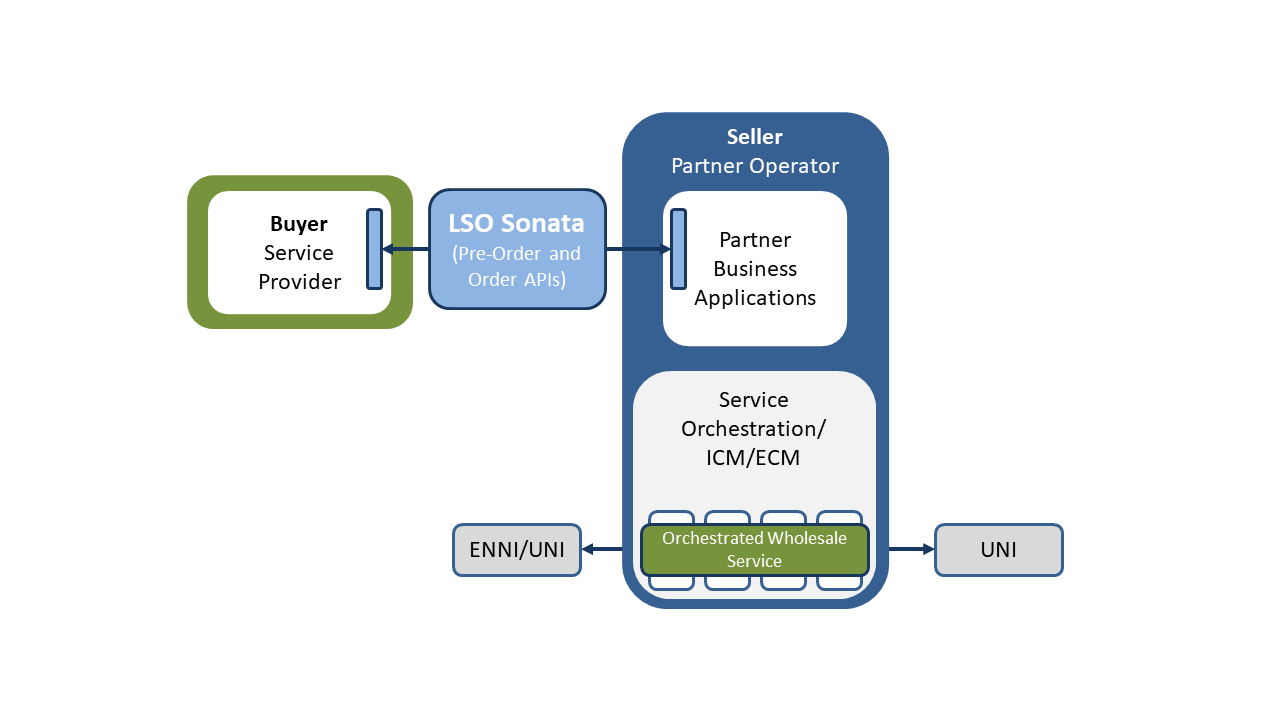 This SDK contains the following items:

All superseded files can be found in the Git history if needed.

Any developer intending to use the materials in this repository should first thoroughly read, review, and understand the following materials:

Underlined item indicates a release deliverable that is a delta from the previous SDK release.

This example LSO Sonata implementation does not provide an executable or runnable project and it is based on the older APIs version.

If you are a MEF Member, update your wiki profile with your GitHub account name. Access to the LSO Sonata SDK Extensions repository is periodically updated with provided GitHub accounts. Additionally contact the LSO Developer Community Manager to request the immediate access.

Are you a core contributor to this LSO SDK but not mentioned here? Please let the LSO SDK Community Manager know and we will add you!